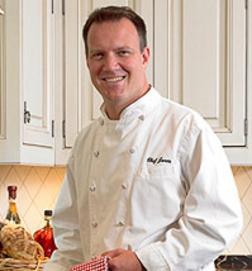 Captain Lee Danielson is originally from St. Thomas and grew up on the water traveling through the islands. Lee started out in the luxury yacht business running short-term corporate charters and then moved into the term charters working his way from mate to engineer to captain. He has worked for the Murphy family for the past 15 years doing trips and charters in South Florida and the Bahamas and his past yachts have included the 124’ Broward Murphy’s Law, Pegasus and Fantasy. He has a very easy going, can do attitude and he is very professional with all guests. He enjoys fishing, wave runners, snorkeling and has extensive knowledge of the Bahamas. He and his crew are keen to show new guests all of the great spots throughout the Bahamas and keep them coming back year after year aboard Murphy’s Law.

Chef Jonas Hägg completed his culinary training in Gothenburg, Sweden in 1988 and after an additional year as an apprentice, studying under Chef Dieter Ebeling, he embarked on his professional career.He became the youngest Executive Chef in the region, beginning at Restaurant "Punch". Haag also served his country as sergeant in the National Service Training Academy. After a while, he ventured into the yachting world with a contract in the Med, cooking for Ivana Trump on the M/Y Ivana. He continued in yachting for many years, catering privately to clients like Rod Stewart, Roger Moore and Saudi Royalty.

My first food memory is “growing up on the west coast of Sweden (Gothenburg),” Haag said. “I remember fresh seafood straight from the fishermen at the dock as they landed. We used to have butter-fried oysters on toast for breakfast like other children would get cereal.”
“I’m living my dream! I’m blessed with the opportunity to work with the best ingredients & cooking for the most discerning palates” – he says about his passion for cooking. He is married to Maria, and has two young girls.

Chief Stewardess Simone Seckington grew up in the southeast of England and also spent time living in both Spain and Italy, in between periods of studying.  It was during this time that Simone became acquainted with the world of yachting and first became a stewardess.  After obtaining a BA Honors Degree in Communications and Audio-Visual Production, from the London Guildhall University, Simone followed through with courses in Music Production and Sound Engineering. After living in London for five years Simone continued yachting with stewardessing and cooking. She is inquisitive and creative and has recently taken an interest in the process of inventing products.  Simone’s other interests include running, boxing, swimming , photography and  kick-boxing,  She is also a huge animal lover.  She brings many years of experience in the busy charter yacht industry to Murphy’s Law. 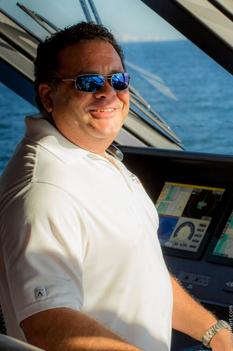 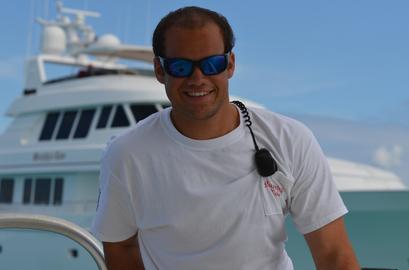 Mate Sean Staine is originally from Cape Town, South Africa.  He was part of the coast guard for 4 years before he started in the yachting industry. He sailed from Cape Town to Fort Lauderdale on a 44ft catamaran and enjoys being outdoors and helping with the various tasks onboard. He loves fishing, diving, watersport and mountain biking and is a great asset to the Murphy’s Law crew.

Stewardess
​​​
Stewardess Paula Maranges grew up in Buenos Aries, Argentina. Her creative repertoire of studies includes fashion design, pattern making, sewing, drawing and hair styling. Paula’s main passion is fashion yet her studying has also been supported by working in the hospitality industry. Paula moved to Miami, FL in 2004 where she worked as a ceviche chef and a waitress at several restaurants as she continued her education in fashion. Paula worked as a fashion designer assistant at several fashion shows in South Beach and also showcased some designs during the Art Basel art show held in Miami’s design district. In 2004 Paula became acquainted with the yachting industry. She started stewardessing and cooking and later learned to work on the deck. Paula’s vibrant personality and positive attitude pair well in the yachting environment. She has freelanced on many different sized yachts and has continued with her fashion studies. Paula’s other interests include spending time with her son, dancing, music, photography, rollerblading, acting and laughing!